“Birds of Longing: Exile and Memory” interweaves Christian, Jewish, and Muslim poetry and spiritual texts from the medieval period of the Convivencia in Spain with texts of contemporary Middle Eastern poets, particularly Palestinian, Syrian and Israeli, in the context of my Unweavings fiber art pieces. Through research into the medieval period and into the wealth of contemporary Middle Eastern poetry, I found the themes that constitute the project – the poetry of spiritual love, often couched in the language of secular love, the poetry of exile, poetry of nostalgia for Andalusia, poetry referencing Old and New Testament texts, and the Qu’ran, and poetry speaking of mistrust of enemies, yearning for reconciliation. The project consists of 18 pieces, completed between 2011-2015.

The catalyst for “Birds of Longing” was the shocking events of September 11, 2001. In the years after September 11th, as many Muslims were demonized, I felt the urgent necessity, as an artist, to contribute to a better understanding among Christians, Jews, and Muslims. As the situation in the Middle East spirals downward, and xenophobia is encouraged in our own country, I believe it is all the more important to encourage continuing interfaith/multicultural conversation.

An audio component is integral to the project, consisting of readings in English, Arabic, and Hebrew of portions of the poems and spiritual texts contained in the Unweavings. The languages are interwoven in a specially-arranged soundscape by contemporary composer Daniel Wohl. Using prepared iPods, viewers are able to aurally as well as visually experience the poetry relating to specific pieces as they move around the exhibit.

My hope for the project is that its visual and auditory impact will make vivid for viewers the connections among the Abrahamic religions and stimulate thought about their shared emotional, aesthetic, spiritual and thematic content. 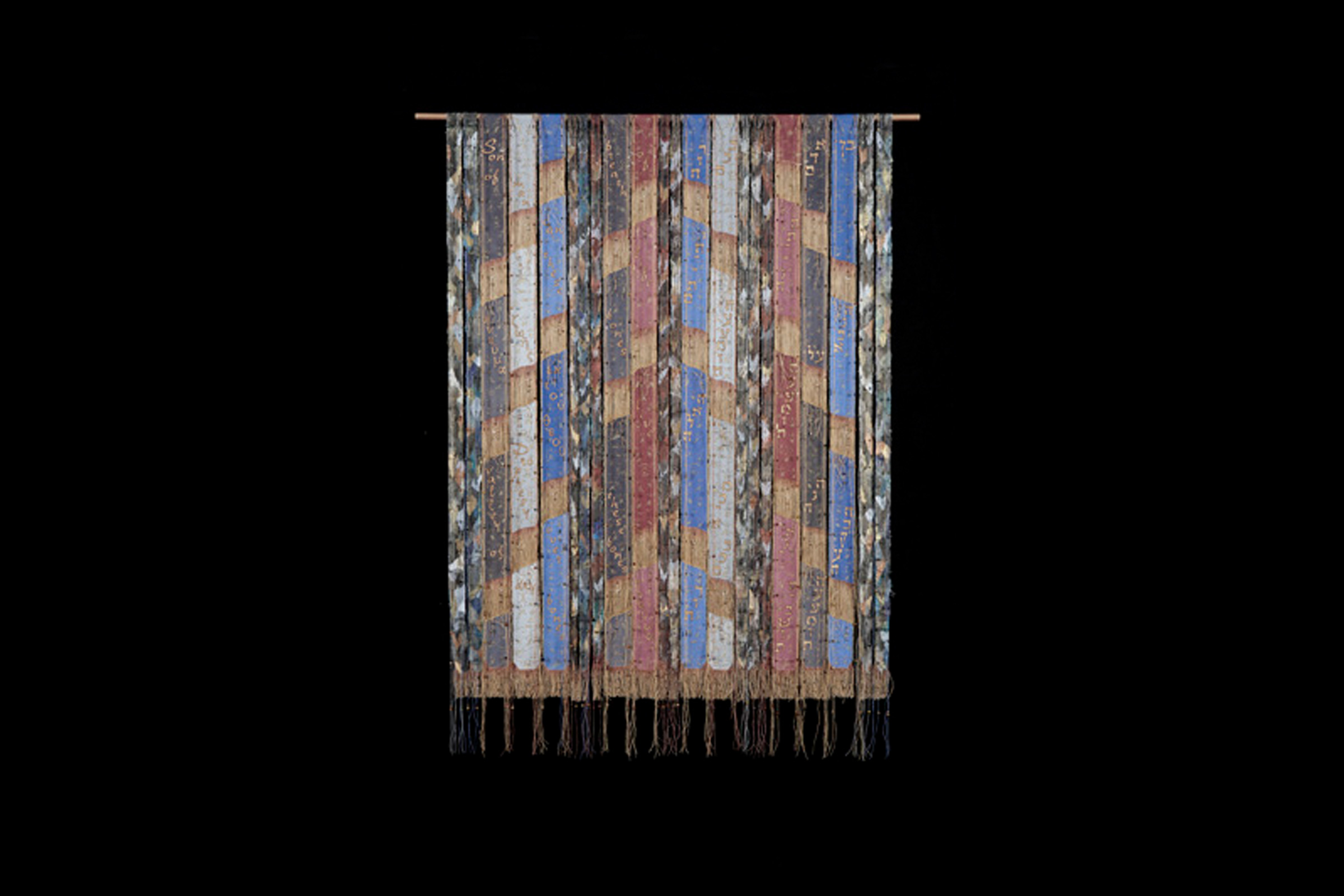