Writings about the work — what others have said

"Laurie Wohl is a renowned fiber artist who evolved a professional technique called “unweaving.” ...Wohl’s trademark technique “liberates” various threads and strands of fiber from a previously woven cloth, leaving them still attached, so they become loose filaments but still part of the whole. Text is an intrinsic part of her work, and she uses it in the form of delicately painted calligraphy superimposed on the canvas... Wohl is particularly known for pieces destined for religious sanctuaries, a visual focus in word, texture, and image evoking prayer and spirituality."

"Laurie Wohl’s Unweavings® convey a deep sense of spirituality. Wohl selects passages from the Bible and Hebrew prayers for her inspiration. Her work is rich in color, lush in feeling and floats on the walls communicating an otherworldly effect. As we look at Wohl’s Unweavings®, we are reminded of Medieval and Baroque tapestries. These tapestries warmed the walls of churches and castles just as her magical wall hangings enrich the walls in her church and synagogue commissions.
‍
Wohl’s calligraphy is created by a complex process and appears etched in the fabric much as the calligraphy in illuminated Hebrew manuscripts appears etched on the pages of vellum. Laurie Wohl’s Unweavings® carry ancient traditions into the contemporary world of wall hangings."

"Laurie Wohl’s Unweavings® are a unique blend of painting and fiber art. [They] embody a serene, joyous spirituality... Lushly colored and covered with a personal vocabulary of pictographic signs, Wohl’s work celebrates the sacredness of human life as expressed in common passages, rituals, and dramas. The cascades of unraveled thread she released from the cloth frequently take resonant symbolic form... domes... ladders, trees, and wings... Others use simple swathes of trailing thread to suggest numinous curtains and veils."

"The use of forms that recall prayer shawls are important and integral to her art because these serve as visual parallels to ‘mystical texts [that] refer to God spreading a garment of light and peace over the world.’"

"...her intention is to create a series of visual midrashim to illuminate the textual passages that she embeds within the work...
‍
For the purposes of our own inquiry the issue is less one of the relationship between aesthetics and message or of the medium per se, than the fact that the artist’s focus is so distinctly on spiritual narratives Her religious identity, expressed in her work, is both distinctly Jewish and yet universalistic.’" 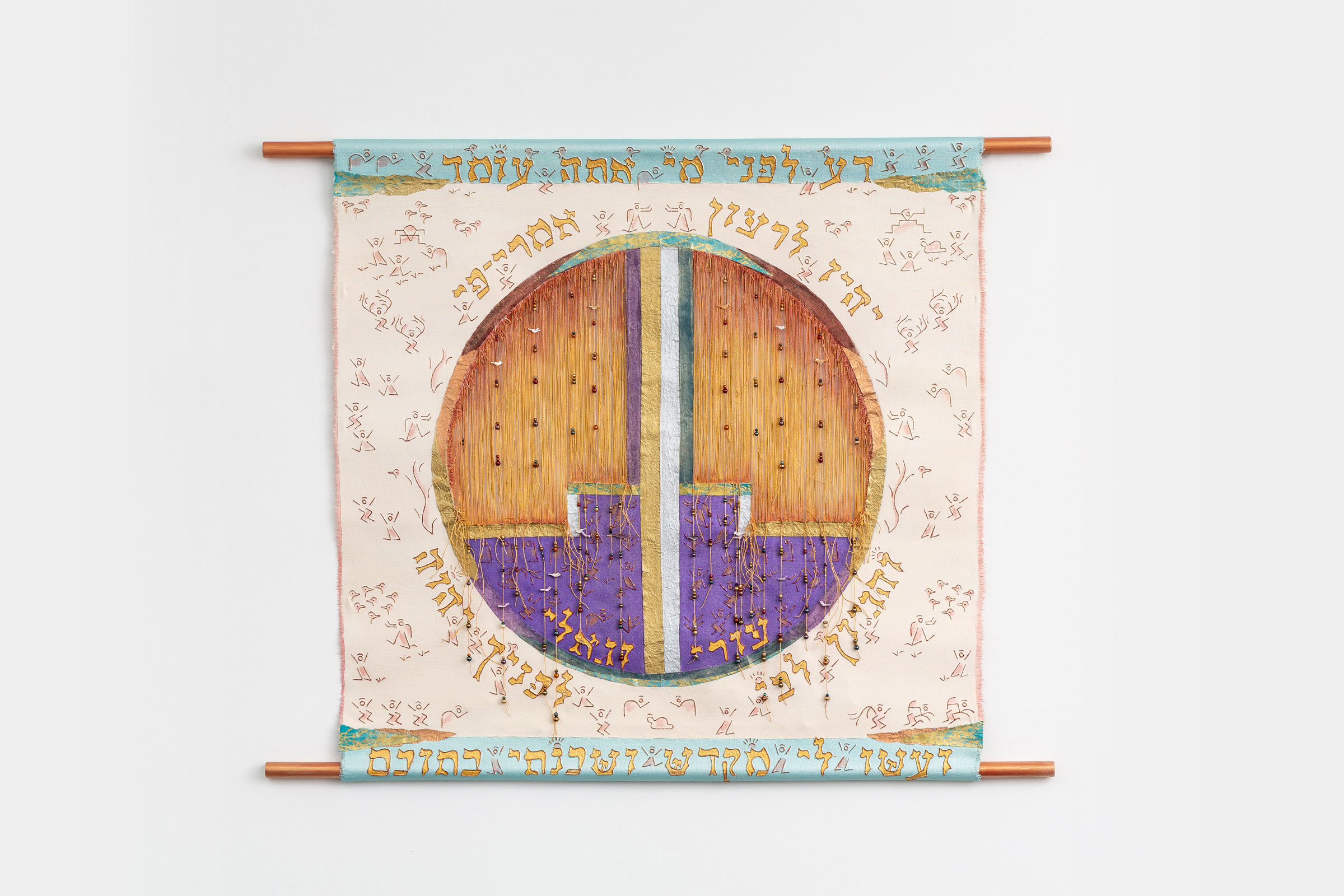